The UCF Research Foundation has licensed a promising diagnostic test for the detection of the mycobacterium avium paratuberculosis, also known as MAP, bacterium in humans to an international biopharmaceutical company that is developing a treatment for Crohn’s disease.

The diagnostic technology is able to diagnose MAP infection in humans using DNA testing based on nested PCR molecular technology. MAP is present in roughly 50 percent of people who suffer from Crohn’s disease and could be a leading cause of the disease. You can read more about this here.

People who are prescribed a large number of antibiotics tend to have a higher risk of inflammatory bowel disease (IBD), a new study finds, providing more evidence that antibiotics may be disturbing bacteria in our intestine.

“It’s not that antibiotics cause inflammatory bowel disease, but that it further supports the hypothesis that changing the gut flora may be disadvantageous,” co-author Dr. Charles N. Bernstein, who studies bowel disorders at the University of Manitoba, told Reuters Health. You can read more here.

A young man with Crohn’s Disease from Wigan was attacked in a nightclub and suffered a perforated bowel – very nasty. Sadly his recovery has been slow. You can read more here.
Competition

Casey Abrams announces the finalists in his IBD sufferer of the year competion. You can read more here.

This is the fourth post in a series about stress. Previous posts can be found here, here and here. 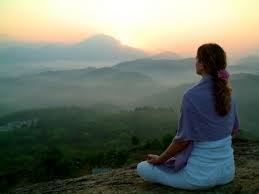 Stress can impact on Crohn’s Disease and so it is important that you actively manage your stress levels. Here are some active positive things that you can do which will keep your mid off stressful thoughts and get you doing / thinking about something else instead:

7 behavioural things to watch out for stress wise

This is the third post in a series about stress. Previous posts can be found here and here.

If you are aware that you are stressed you can work to develop awareness of behaviour patterns that might bring temporary short term relief but unfortunately exacerbate your stress in the long term.

Here are seven common behaviours to watch – put your sensible head on and try to overcome your inclination to go with them.

One of the most frustrating things about Crohn‘s (especially if you have blockages and adhesions) is that you can unexpectedly end up in hospital all over the place. I had a period of a few years where every holiday was doomed to end up with me in hospital somewhere – eventually the problem was found.  It turned out that there was a grapefruit sized abscess wrapped around my bowel which led to exciting impromptu re-enactments of ‘that scene’ from the exorcist.

I now have an outline of my medical history to give to medical staff on my ‘travels’. The aim of the outline is to help me remember key dates and events, which can be forgotten in the confusion of admission.

I have attached a draft version of the outline here to share with readers: Summary of medical history (Draft 2) in order to get some comments from you about it.

Medical staff often ask you to repeat your medical history as a way of:

So having an outline to hand won’t necessarily reduce the number of times you are questioned but it will make a difference when it matters.

It is also useful to have to hand so that a carer, friend or relative can give all the important details to medical staff if you are not able to coherently communicate. This can happen if you have a fever or are in considerable pain.

So do let me know what you think about the second draft version, here it is:Summary of medical history (Draft 2))

and then I will upload a final version for you to write your own outline. 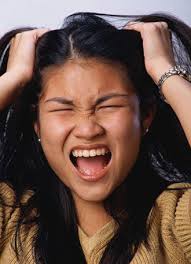 This is just a very quick announcement to say that I have been working on a short series of posts about stress.As some of you know I teach Yoga and have crohn’s Disease, so chronic disease and stress identification and management are two things I know about.

I’ll be publishing the posts over the next 10 days.

If there is anything you want to know about stress, do post a question below and I’ll see what I can do for you!

Aerial silk artists seem to be a favourite amongst TV marketeers at the moment, and as beautiful as it looks, I can’t help but cringe when I see them twirl down with the tissu wrapped tightly round their bellies.  So I got to thinking, what are top ten things that I really won’t be doing because of Crohn’s Disease?

3. Undertaking any form of bushtucker trial Ouch and Yuk!

4. Having colonic irrigation – I just would not do this!

5. The Yoga practice of Shankhaprakshalana which is useful for some people, but dangerous if you have IBD (the postures are fine, it is the repetitions and excessive water drinking which is not suitable for people with IBD)

6. Contact martial arts – I just can’t risk a blow to my tummy

7. Becoming a Royal Marine, I could train to pass the tests, but I wouldn’t be much good at being ‘on station’ for hours at a time with no toilet

8. Going on a badly organised expedition to a remote part of the world – lack of emergency medical supplies, unknown water supply and unknown food contamination has put me off

9. Any form of extreme eating competition

10. Giving Blood, they won’t let me, but maybe you can give blood instead!

Okay, Okay, even getting up in the morning can be a struggle sometimes. But when you have a chronic disease and want to maintain your fitness how can you do it? If you have Crohn’s you might be put off team activities or joining a gym because of the potential to spend time in the bathroom, or the travelling plus the activity is too much effort.

Here are some alternative ways that you could keep fit at home:

1. Follow fitness DVDS at home – there are so many out there that there is boudn to be one that meets your needs and level of fitness.

2. Get a Nintendo Wii Console

and a Wii Fit

along with games such as: Just Dance (Wii)

– you can pause the game and run to the loo if need be, or just take a break.

and a Kinect – you can pause the game and run to the loo if need be, or just take a break.

4. Turn your dining room table into a table tennis table – any surface 5ft x 2.5ft will get a decent game going.

6. If you have the space and the money, you can install your own gym equipment at home

is a great way to develop cardio vascular fitness and explosive energy without going anywhere.

How do you keep fit at home? What problems do you face with more traditional methods of keeping fit?

Being from the UK I had no idea who Casey Abrams was until this press release came to my attention! Casey has just finished sixth in this year’s American Idol season, but more importantly than that he has launched a national disease-awareness campaign called IBD Icons. Casey, was diagnosed with the inflammatory bowel disease called ulcerative colitis two years ago. This campaign will raise awareness of UC and Crohn’s Disease and celebrate the courage and persistence of people with either Disease.

“When I was diagnosed with UC in college, I was scared that I wouldn’t be able to balance my health and my music. I could barely find the energy to walk to class, let alone carry a bass around campus,” Casey said  in his press release announcing the campaign. “But I decided UC was just an obstacle I had to rise above in order to pursue making music. I want to let people know that if you stay positive and have the courage to ask for the help you need early on, anyone can live beyond this disease.”

The IBD Icons website will allow the 1.4 million Americans affected by ulcerative colitis, chronic digestive diseases and Crohn’s disease, to share their experiences and enter for a chance to the win the title of “IBD Icon.”

Six finalists will be chosen from those who submit their stories. After a national vote, one finalist with UC and one with Crohn’s disease will be named the 2011 IBD Icons and win a trip to the Zappos.com Rock ‘n’ Roll Las Vegas Marathon & ½ Marathon on December 4, 2011, to benefit the Crohn’s & Colitis Foundation of America, where Casey Abrams will perform.

Apparently, the IBD Icons campaign is sponsored by Janssen Biotech, Inc., in partnership with the Crohn’s and Colitis Foundation of America.

Super good luck with this campaign Casey – this is a wonderful way to raise awareness of the struggles people with IBD face – and how we get through such struggles.

This week’s Friday fun is focussed on some awesome arty culture-y bowel-y stuff!

Jessica Harrison‘s ‘Broken’ series of scupltures stopped me in my tracks and took my breath away – If there was ever a scuplture for a a woman with Crohn’s Disease to connect to,

then this was it! Sadly Rosamund (pictured) was snapped up the day she went on sale, but, like me, you can treat yourself to a limited edition print for £50. Bridget and Collette also feature disembowling, but perhaps you are more interested in headless Erin?  Or the elegant Emily Jane skating with the top of her scalp missing?

The Wellcome Trust’s DIRT exhibition is a great

diversion for those of us that have an intimate knowledge of our bowels. I thoroughly enjoyed the having a wander round and came out of it feeling quite relieved to live in Britain in the 21st century.   The exhibition is a combination of education, artwork, historical artefacts and installations that are part art, part artefact and part education. Rare Delft blue china ware, bricks made of dried excrement and dust scuptures are just some of the things you’ll see.

gradually invade UK shops over the last couple of years and was delighted to see that E. coli (Escherichia coli)

had been added to the infection. I think these would make a great fun gift for someone with Crohn’s, or in deed who had been at the mercy of some of the infections turned fluffy. probably best to check they have a sense of humour first…

So after re-discovering the list of fruits that heal and identifying that some of the fruits were particulalry good for you generally, and good for crohnie’s particularly, I thought I would share some recipes.

This fruit salad can be served as a breakfast, snack, starter or dessert. You could also whizz it up into a smoothie if you wanted to.

I generally make a really large bowl of fruit salad and keep it in the fridge for everyone to dip into for breakfast and snacking. If you do this, you need to add some juice to the fruit and keep it covered. Doing this really helps motivate me to eat more fruit as I don’t have to prepare it every time. I was inspired by the lovely fruit salad bars that you get in hotels that look so tempting.

Wash the  mint leaves and then ‘chiffonade’ them. This means fold the leaves up and then slice them thinly. If they look a bit big for your tastes, chop them until they are small enough for you.

Scatter the mint on the melon. Serve immediately.

If you would like to keep the fruit salad, then mix a glass of orange juice in with the melon and refrigerate.